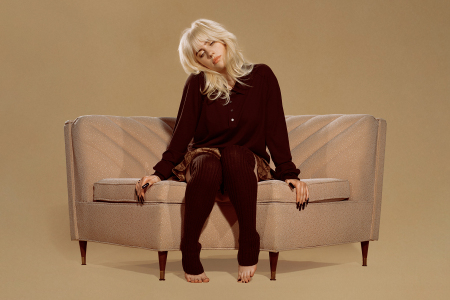 Thanks in no small part to my status as an edgy teenage art student going through a rebellious phase in life, I’m a pretty big fan of Billie Eilish’s music.  One of the things that drew me to them is that they do what a lot of people won’t.  Their songs are explicit in their relationships to the issues they addresses with them.  They use fashion to protect themself rather than expose in the way many other popular music artists do.  I don’t say this to bash other artists.  What they do is clearly also successful.  However, if those artists didn’t do what they do, then what Billie does now wouldn’t have anything to be different from.

My past relationship with Billie’s music was far different than my relationship with this album is.  I found them when I was going through a sad part of my life, and because their music made me feel sad, I liked it.  That was pretty much it.  At the time, their music wasn’t there to hype me up, it wasn’t there to set the mood, it wasn’t even there to distract me.  I listened to it because it was something honest.  Billie’s music isn’t sad for attention.  Their music is sad because it’s something we can relate to.  Something we can listen to which helped me to visualize sadness as a universal experience rather than a personal struggle.

“Everybody has felt sad in their lives and of course it’s important to promote happiness and loving yourself – but a lot of people don’t love themselves.” – Billie Eilish

Though their music has evolved and changed from then on, I think their value of honesty to us (and themself I like to think) has stayed the same.  Happier Than Ever is no different in that respect.  I don’t think it’s strange for artists to talk about their own personal struggles in their work even when those struggles relate to the music itself, but Happier Than Ever does more than just that.  It addresses longstanding problems and stereotypes created by the industry and fans.

“Not My Responsibility” does this so well that I probably could have written this entire blog post just about that piece.  It’s so far removed from what we traditionally perceive music as that I can’t help but read the song through a poetic lens.  The music itself takes an ambient backstage to the lyrics, which besides coexisting alongside the tempo of the song, stand alone.  Originally released as a nearly four-minute short film, the work follows an admittedly cinematic but seemingly candid & honest Billie.  They talk to us, their fans, about our opinions of them, our harsh criticisms, and our idolization of "Billie Eilish".   At the end of the song, they ask us:

“is my value based on your perception? / or is your opinion of me / not my responsibility” – Billie Eilish, “Not My Responsibility”

At the end of the day, despite all the criticism they throws back at their viewers and the culture we adhere to, the song feels empowering.  It tells us to wear what you want to wear, be who you want to be, and live how you want to live, because in being completely honest with yourself, how could their thoughts be your responsibility?

The album’s namesake song, “Happier Than Ever”, takes an ironically tragic tone as Billie describes to us how happy they are.  Once again, in a way that feels like breaking the fourth wall, they ask if someone if they’ve read their interviews.  Though this song seems less directed at the listener than it does a subject of the song, it makes me happy to see that Billie knows they don't have to become a ‘character’ every time they make a song.  Maybe Billie has been using their real self as a character longer than I realized, but I think that the presentation of themself in this song feels very relatable, which I enjoy.

“Getting Older” is the final song I’d like to take this post to talk about.  Perhaps this comes full circle, but this song reminds me a lot of Billie’s earlier work – the work that introduced me to them.  It’s the first on the tracklist, and I think it sets the scene of this honest and realistic presentation of Billie we get in the rest of the album.  They addresses their honesty in this song, singing:

“Can't shake the feeling that I'm just bad at healin' / And maybe that's the reason every sentence sounds rehearsed / Which is ironic, because when I wasn't honest, I was still bein' ignored / (Lyin' for attention just to get neglection)” – Billie Eilish, “Getting Older”

I think this addresses the challenges of being honest when you’re being listened to by so many people.  When everyone is listening, there are also that many people judging you, and it’s much easier to tell a story when it’s exaggerated.  Especially when the responses you’re being met with through honesty are mediocre, I believe that anyone would bend their narratives for more attention.  Being self-aware about our problems can be dangerous in its own right.  Telling someone you have a problem and doing nothing to fix that problem is obviously not good, but Billie is actively being honest in informing us of times they weren't fully honest, and their struggles that both led to and resulted from those times.

I hope more than anything that I can be a listener that isn’t hurtful.  Celebrities are just as fragile as ordinary people, and I think it takes a lot to put your personal feelings out there the way Billie does.  So many people relate to their work, and I hope that’s because of their honesty more than anything.

Eilish, Billie. “Getting Older.” Happier Than Ever.

Trendell, Andrew. “Billie Eilish on Overcoming DEPRESSION: ‘It's the Most Freeing Feeling to Be Able to Come out of That Shell.’” NME, 9 Dec. 2019, www.nme.com/news/music/billie-eilish-on-overcoming-depression-its-the-most-freeing-feeling-to-be-able-to-come-out-of-that-shell-2585202.

Category : Film Music
Tags : Billie Eilish Getting Older Happier Than Ever Music Not My Responsibility
PreviousMagic the Gathering Commander Deck Tech – You Have Something I Want…
NextLeague of Legends Lore – The Importance of Narratives in Non-Narrative Games