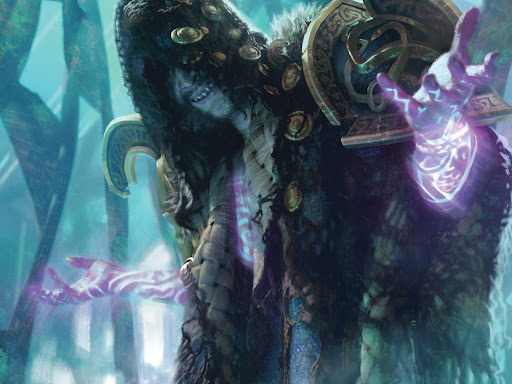 Welcome to my second Magic the Gathering EDH Deck Tech post!  Today I’d like to talk about a deck I recently finished – my Valki, God of Lies deck.  Before I even get very far into this deck tech, I’m sure it’s easy to tell even phonetically that this character is inspired by Loki, the deity of both mischief and mayhem in Norse Mythology.  In keeping with the trend, of course, I had to make this deck as mischievous as possible.

This deck is all about stealing my opponents’ stuff.  If you have something good, I want it.  I use lots of thief cards from Praetor’s Grasp to my double-sided commander (Valki, God of Lies and Tibalt, Cosmic Imposter) to promote thievery of my opponent’s stuff.  Though it may be an unoptimized form of card draw, I really enjoy making use of my opponents’ cards in a pinch because it means this deck gets to do something a little different each time I bring it to the table.

My commander isn’t the only thief effect that the deck runs.  It’s got some hilarious bombs too like Fevered Suspicion, Hurl Through Hell, and Share the Spoils, all of which came from a pre-constructed commander deck from the Adventures in the Forgotten Realms set which happens to like doing the same types of things that this deck does.

This deck also has a rather substantial discard package.  Because my commander encourages casting cards that he has exiled, I’m not as reliant on the cards in my hand as my opponents might be.  Because of this, I’m able to run symmetrical discard effects like Oppression and Necrogen Mists.  Chain of Smog always winds up getting me more value than I ask for, sometimes causing the entire table to discard their hands because everybody wants to have the last word.  For a lowly two to three mana, these cards often surprise me with their usefulness.

After I get my opponents discarding, one method I use to grind more value out of them is damaging effects like Bloodchief Ascension and Liliana’s Caress.  These cards often draw opponents’ attention, especially if they’re familiar with any wheel combos they might foreshadow.  This deck doesn’t run a lot of wheels, mostly just turn-based discard effects like Anvil of Bogardan, so definitely be careful about drawing the ire of people at the table without having anything to back up these cards with to protect yourself.

Now I’ll be the first to admit, I’m not particularly good at finishing out games.  I always struggle to pick a specific card or series of cards with which to win with, so I always end up with half-baked strategies and win-cons.  Despite this, I think I do have a selection of a couple cards which (for better or for worse) can close out a game rather quickly.  I got to use one of my all-time favorite black cards in this deck – Choice of Damnations.  While it will almost never result in a player’s death, it’s a surefire way to speed a game up since it always results in either a partial board wipe or a big loss of health.

Finally, again keeping with the theme of mischief, this deck has a spell copy-and-redirection package.  Radiate and Reiterate cause absolute mayhem (as planned) by copying and recasting both my own and my opponents's spells.  Radiate has the potential to cause huge plays by multiplying single target spells and turning them into board wipes.  I have yet to Reiterate an opponent’s extra turn card, granting an extra turn to myself, but I’m certain that the opportunity will present itself.  In any case, casting Radiate on the previously mentioned Choice of Damnations always leads to a hilarious game state where everyone’s health total explodes at the same time.

I hope you guys enjoyed this deck tech!  This deck can sometimes be a little annoying, so be careful not to get hated out of the game too early.  Here is the Full Deck List on Scryfall, so be sure to check it out if you're interested!  I look forward to sharing more of my EDH decks with you guys.  I hope they can spark some creativity in your own decks!